The Gospel of Sam Chapter 4 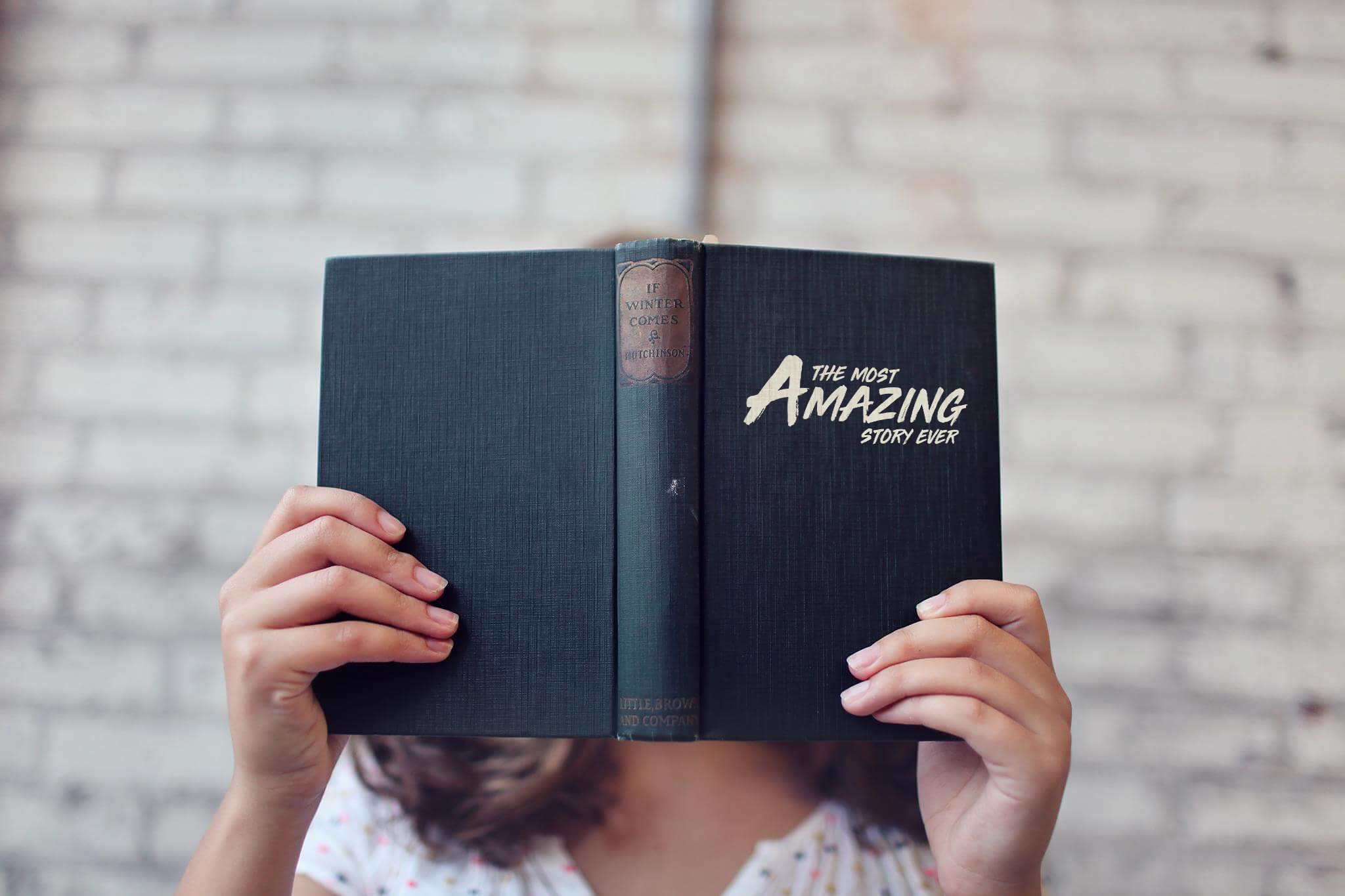 In this episode we meet Julia. She is a beautiful young woman that Sam is madly in love with.

The Most Amazing Story Ever is a tale about the birth of a modern God. This action-packed, emotional, whirlwind of a story takes the listener through a dramatic and dark process as Sam seeks out the light and attempts to claim the title of God Almighty. But his path out of the darkness is filled with peril as he confronts his inner demon, Malice. This beast consumes Sam’s soul and takes control of his body in an effort to bring death and destruction to the world.
Don’t miss out on this high powered tale of sorrow, struggle, and redemption. The Most Amazing Story Ever will remind you of what dwells within us all and show you the true power of the human heart.

Here Is Our RSS Feed

The third floor, right at the end of the hall, and 4th door on the left. He could find his way to it blindfolded. The first time he came here, he made sure to memorize exactly where this was. Julia’s apartment has always been in the same place, at least for the five years that he had known her.

He could still remember the first time they met quite vividly. It was on the staircase in front of the building. She was sitting there reading a book that was way above his reading level. That perfectly dark hair pulled back in a ponytail. Glasses on. Julia did not need a prescription. They were a fashion statement that she was trying out at the time.

She was the type of girl who was beautiful to everyone but seemed unobtainable to the dorky boys. She wore the glasses in an attempt to attract a less douche baggy type of guy. It worked. She attracted many dorky boys; the only problem was that they did not have the confidence to come and talk to her. Confidence was a very important thing for her. A lack of confidence was a lack of courage. Moreover, without courage, you might as well not even bother.

Around the corner from the alley came Sam. He had been running this line since he moved into the neighborhood. Around the corner, hop up onto the rail, jump to the other rail on the opposite side of the stairs and tear out of there. However, that day was a bit different. The sudden appearance of Sam from nowhere bounding up onto something that was not meant to be stood on ripped her attention from her book.

Sam hopped up onto the rail without even noticing her, and then jumped to the rail on the opposite side of the staircase. Sam became so confident with this maneuver, in this location, that he took it for granted that he would do this the same every time. Midway through this jump, he noticed the beautiful girl watching him from his peripheral vision and lost concentration. His momentary lack of focus changed his approach on the landing. Instead of landing on top of it, he essentially did a double-footed kick to the side of it. The rail gave way at the base and went flying. Sam fell like a sack of potatoes.

The first thing to hit the ground was his hand. It folded his right forearm into a 90-degree angle. Julia heard the break. It was quite a gruesome sound. Kind of like the sound of breaking a stick of celery mixed with the sound of squishing raw hamburger in the palm of your hand, as she would later describe it. Before he could even feel the pain, his head smacked the concrete.

Sam slowly peeled his eyes open. Caught completely off guard by his surroundings, he knew he was in a hospital room. The fogginess in his head did not mask the dull pain in his arm and a tremendous pounding in his head. A quick and groggy survey of the room revealed a few things. This place was not the emergency room; it was a regular room, which meant that he was there for at least one night, or they were keeping him for one night. There was an IV in his arm, and that was the potential source of the loopy feeling. His other arm was in a cast, which meant that whatever happened to him broke his arm. He did not check himself into the hospital, and he did not remember calling the paramedics, so someone brought him to this hospital, most likely an ambulance. Finally, there was a stunningly beautiful woman sitting in the chair beside his bed. He had absolutely no idea who she was, but it was the first sight that he saw since he woke up that was worth a damn.

“Are you okay?” She asked softly.

Her voice was like that of an angel, he thought to himself. Such a beautiful girl asking a question like that in such a silky voice required an eloquent response. However, the drugs prevented such a suave phrase to be passed from his lips. Instead, his statement was far less eloquent.

“Fuck my head hurts.” The words seeped out of his mouth like some barely intelligible dribble. The painkillers clouded every ounce of intelligence that was swirling through his brain. While he could barely form cohesive thoughts at this point, the three that he could muster up at that point were:

My head hurts. Damn, she’s hot. I sound like an idiot.

And not necessarily in that order.

He would spend the next few days in that hospital bed recovering from his fall. The cracked skull and broken arm would heal nicely, and the beautiful woman would keep him company through those days. Sam would continually remark to the striking young lady that beautiful women should not be spending their days hanging out with broken people in hospital rooms. She would just laugh and shrug off the compliment. He couldn’t figure out why she stayed.

As the weeks and months passed, Julia kept Sam in constant company. She would always seek him out and have fun things to do. Even though he could recognize her advances and yearned for her company in a more romantic way, he never could summon the balls to do anything about it. Maybe it was the years of violence that beat him into submission. Maybe he just needed to wait until the right time. Maybe he was just a coward.

Regardless of the reason, it was his inability to say anything to her about the way he felt that doomed him to the friend zone. After the years of late night hangouts and video game marathons, he just could not bring himself to utter those three words that would change their status to something other than friends.

His trip down memory lane was at an end. Sam stood in front of her door, hand in the air ready to do the same rhythmic knock he always did. He stood there for what seemed like an eternity, debating whether today would be the day he would spill his guts to her. However, this decision today would end the same way it did every time he stood in this doorway. First, he would psych himself up and raise his hand to knock on the door with his head held high, and just before he would knock that voice in his head would chime in.

“You’re not good enough to even be around a girl like this. You are a worthless piece of shit that pollutes the air every time you speak. Give up now and save yourself the embarrassment.”

It was the voice of his mother and father. The voice that told him girls like that didn’t like guys like him. They liked strong men, not weak little boys. That voice would tell him that he was truly worthless and that if he loved her, he would stay out of the way and let her find a real man, not a worthless piece of shit like him. By the time the voice was done, it had sounded just like his voice. A voice that he could believe and trust. A voice that would have no problem convincing him that he did not stand a chance, and there was no reason to even try.

Sam’s head dropped and his gaze fell to the floor. He made his decision.

“I am a coward,” he mumbled to himself.

A wave of self-loathing flowed through him as it did every time he refused to make the decision to fight for what was right. He realized a long time ago that even though he felt this way most of the time, the day must continue and he needed to continue with it.

It was time to put on the mask again. It was a mask that he constructed for himself. It was two-sided. On the outside, it showed a happy face. A face that showed the world he was a well-adjusted and happy human being. It said that he enjoyed the presence of others and put his dark past behind him.

“Sure I am happy and yes I would love a latte.”

The inside of the mask was dramatically different. This was the side that faced him. It could see what was really in his soul. It knew his scars, and it was always telling him that he was worthless. Every time he put on the mask, it reminded him of the things that he refused to let anyone see. The anger. The hatred. The shame and sorrow. The mask represented a mark of slavery to the very people that made him this way.

He hated that damn mask.

Raising his head, he created the perfect fake smile and knocked. There was no answer. He knocked again, still no answer. Turning his ear toward the door, he hoped to catch a faint sound coming from inside that would warrant him knocking a third time. There was no such sound.

“Damn,” he whispered quietly to himself.

The one thing he wanted to do today had slipped through his fingers. Sam was not the type of person to be bored and, for him, time doing nothing was time wasted. Since he could not do what he wanted to do, he was going to do what he didn’t want to do.

He was going to have to jump that damn gap. Time to find Frank.

Where Do I Send The Link?

I am going to send you the link to the FREE AUDIOBOOK. Drop your email so I can send it to you.

SWEEEEEEEET!!!! The link will show up in your inbox in a few minutes!!! Make sure to check your junk/spam folders.